It’s All About the Process:
​Keetman’s Rhythmic Building Bricks and Beyond 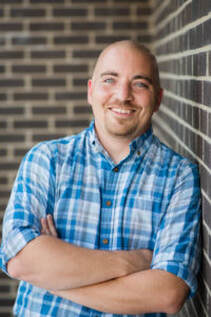 Using the elemental rhythmic bulding bricks, we will explore improvisation and compostition in the classroom.  Diving into pieces and examples from the Music for Children volumes and supplements, as well as children’s literature, participants will learn how to play, improvise, create, and expand on them.  Come ready to Sing, Dance, Play, Move, and CREATE! ​​
​
​Josh Southard is the Music Specialist at Smoky Row Elementary School in Carmel, IN.  There he teaches K-5 music, as well as a 5th grade Orff Ensemble, and was named the 2018 Teacher of the Year.  In January of 2019, he was also named the Indiana Elementary Music Teacher of the Year by the Indiana Music Educators Association.  He has completed all three levels of Orff-Schulwerk certification, as well as Orff Curriculum and Composition at Anderson University.  He served as the Indiana Orff Schulwerk Association’s President from 2010-2014, and in 2011, he was appointed to the American Orff Schulwerk Association’s Historical Committee, where he served as the Chairperson of the committee from 2014-2017.  He is currently serving on the National Board of Trustees of the American Orff Schulwerk Association serving as the Regional VI Representative.
​
Josh is a featured presenter at Orff workshops around the country, state and national conferences.  He has also had articles published in both the Orff Echo and Reverberations.  He now teaches Level I Orff Certification courses in Gwinnett County in Atlanta, GA, DePaul University in Chicago, IL, and Anderson University in Anderson, IN.